Those were the days, when we could all had fun by being together for crowded public events. Every April since its debut in 2009, the Pillow Fight Day comes to the Dam Square in Amsterdam under the spring sun. 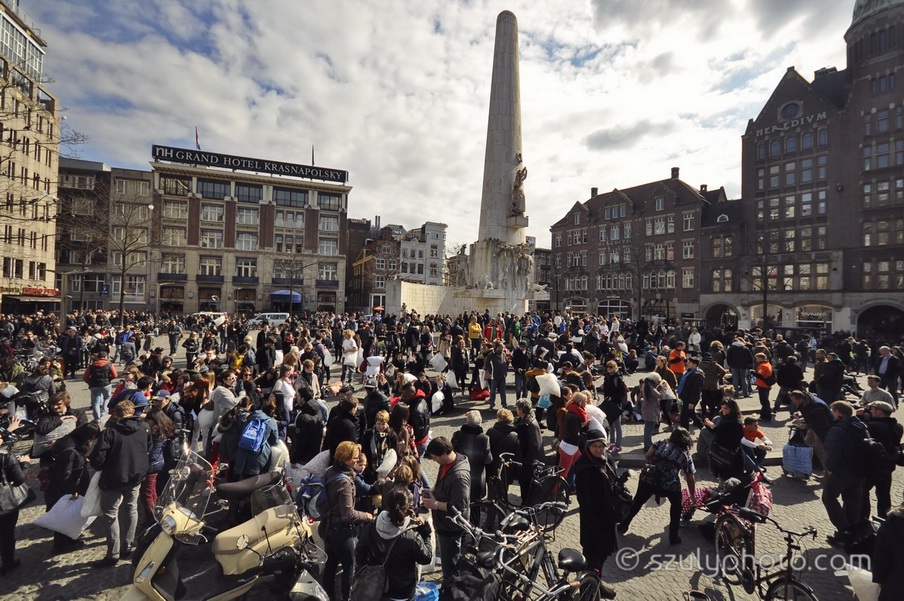 As this time of the year comes I cannot help but think about the time when I could simply get on my bike, ride to the event and document it. In the spring of 2013 I had the chance to document something spectacular and funny at the same time, Pillow Fight day in Amsterdam. And did it with only one camera and two lenses, that I was changing in the middle of the event. 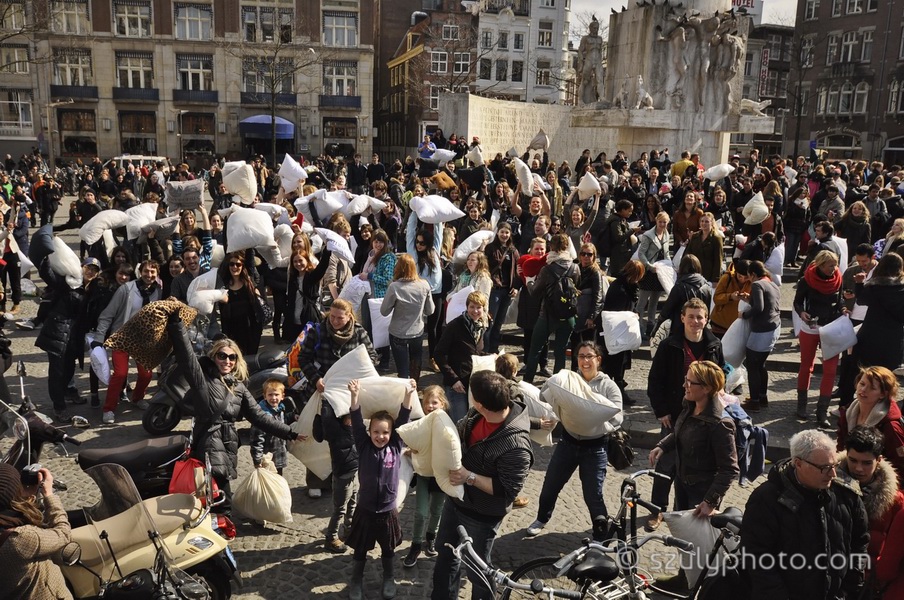 White pillows are in the hands of the crowd everywhere you see, that soon turn into a rain of feathers, covering everything from the air to the ground. A typical urban event, dating back to 2008 but who knows when the first pillow fight took place? I guess when the first pillows were made… 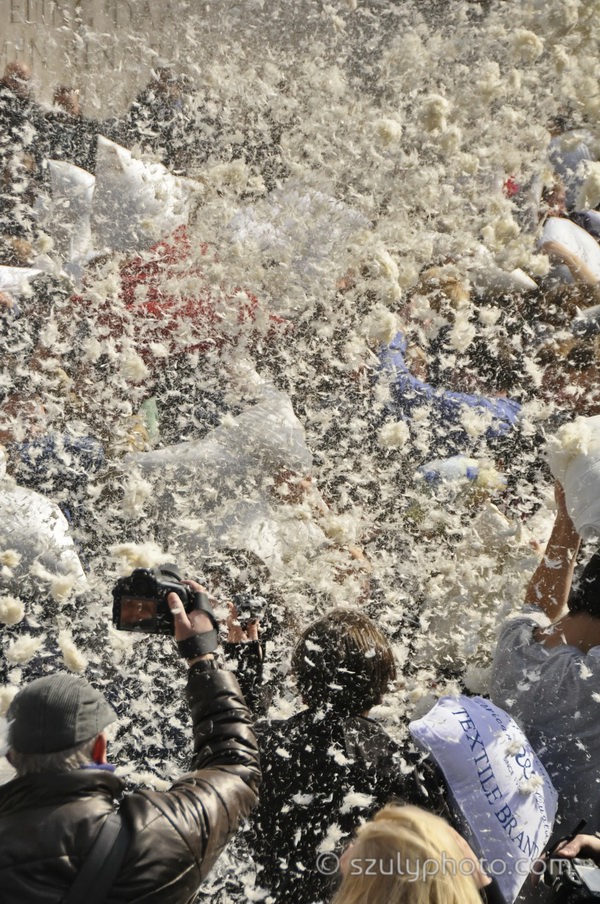 Ammo quickly runs out and as the feathers cover the pavement, you also run out of steam. But the fun of being together on this worldwide public event stays with you. 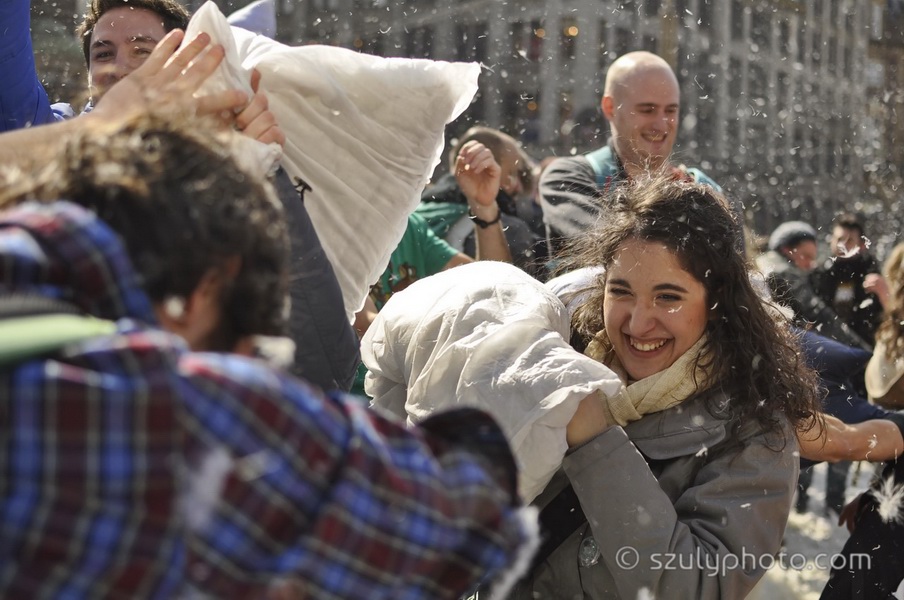 As a photographer, Pillow Fight Day is a bonanza of opportunities. The Dutch like to dress up, so it’s hard to turn the camera to somewhere where there’s nothing to shoot. 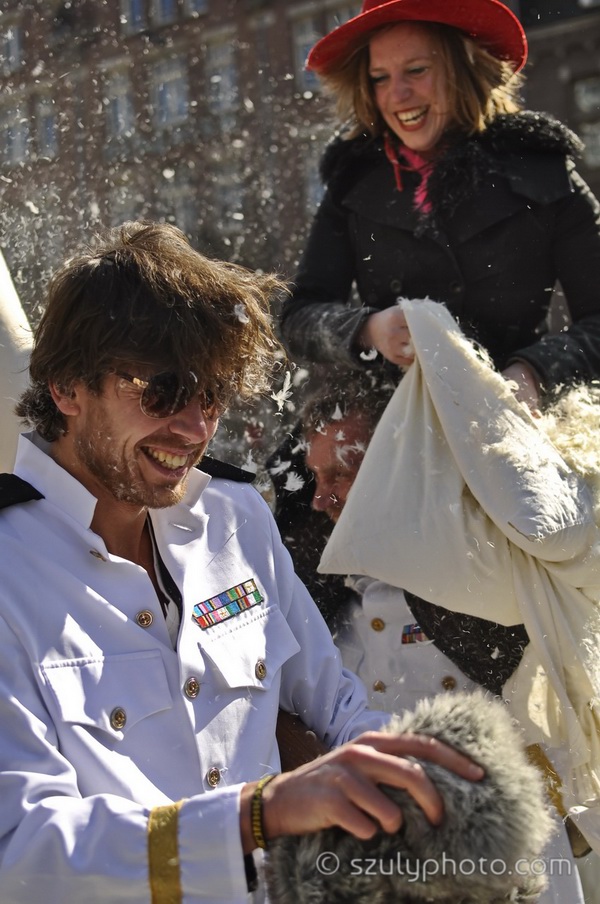